Skip to main content
EVIDENCE OF HARM A documentary exposing the devastating effects of dental mercury on patients, dental staff and the global environment. FOR IMMEDIATE RELEASE Do No Harm, LLC, the production company behind Evidence of Harm, has announced that its independent film will have a week long theatrical run in New York and Los Angeles at the following venues. NEW YORK October 14th - 20th IFC Center Theater 323 Sixth Avenue at West Third Street New York, NY 10014 (212) 924-7771 ifccenter.com/ CALIFORNIA October 23rd - 29th Laemmle Theater, Music Hall 9036 Wilshire Blvd. Beverly Hills, CA 90211 (310) 478-3836 laemmle.com/ Evidence of Harm follows the lives of three health advocates as they struggle to inform the federal government and public that vast amounts of mercury vapor and particulate matter are being released during the removal of “silver” amalgam dental fillings. When the fillings containing 50% mercury are heated by the friction of a dentist’s drill, toxic mercury vapors are released that are invisible, colorless and odorless. “Exposure to these toxic vapors is a grave concern as published research shows they contribute to a host of adverse health symptoms,” said biochemist Boyd Haley, PhD. Haley went on to explain, “We have visually demonstrated the mercury vapors generated during routine dental procedures and this shocking footage reveals the peak levels of mercury released during an amalgam removal are vastly higher than limits at which people are evacuated from buildings due to a thermometer breaking." “I've never seen levels of mercury this high,” says Alex Hummel, a professional with Mercury Instruments USA, who measured the levels of the toxic vapor during the demonstration. While the manufacturers of amalgam have never proven the safety of their product, the Food and Drug Administration (FDA) allows the product to be sold, and promotes it as safe. Since dental professionals are not taught about the toxicity of mercury amalgam nor of the hazardous vapors it emits, they are unaware of occupational safety regulations mandating that employees be informed about and protected from toxic exposures. Government reviews of mercury have found its toxic effects are broad, variable, idiosyncratic, and often delayed. Neurological problems, cardiovascular disease, kidney dysfunction, and many other disorders have been linked to mercury. The team behind the documentary invites the general public to attend the showings of Evidence of Harm in New York and Los Angeles. This groundbreaking documentary was created by Randall Moore, to raise awareness about the devastating effects of toxic mercury amalgam dental fillings on patients, dental staff and the global environment. Media Contact: The Michael Russel Group [email protected] Phone: 310.890.7865 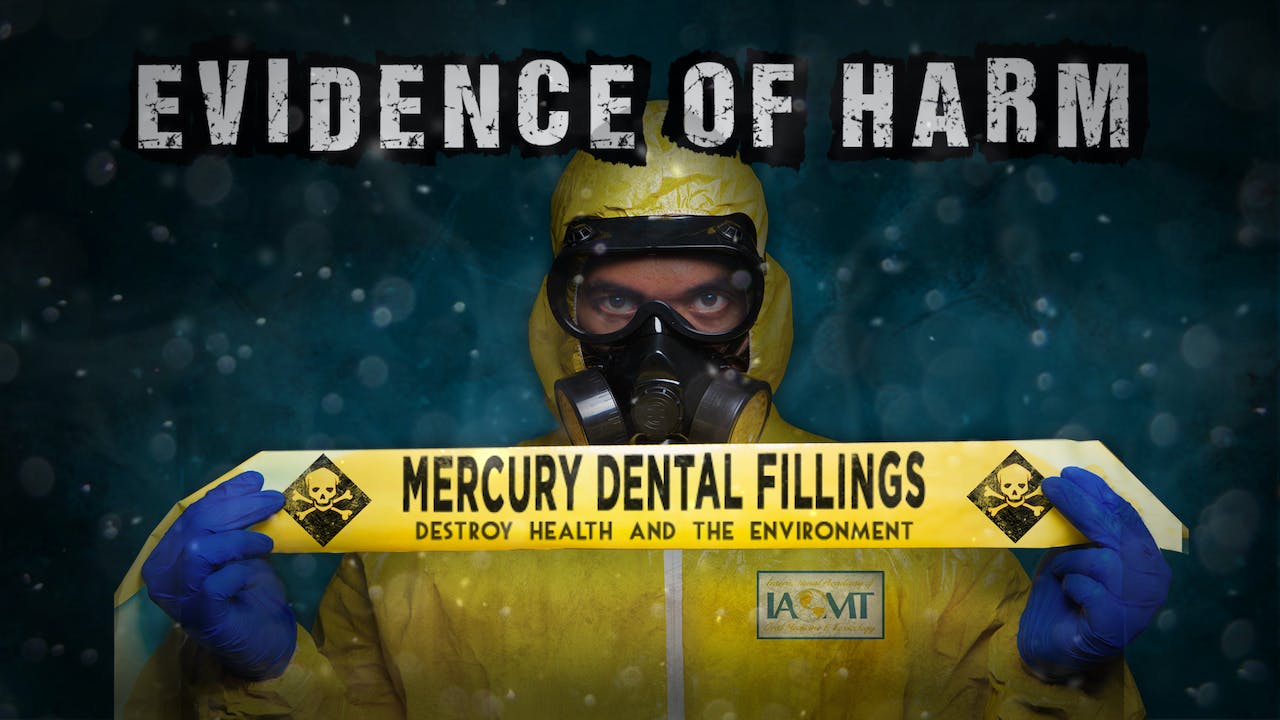 "Evidence of Harm + Bonus Material" includes the feature length documentary, plus over a two hours of bonus material about the multitude of adverse health symptoms brought on by mercury poisoning.

Evidence of Harm chronicles the lives of three ordinary Americans who become reluctant health advocates after suffering from the devastating effects of hazardous mercury vapors released during routine dental procedures.

The film presents a haunting portrait of a dental industry all too willing to turn a blind eye to science while placing profits and politics ahead of the 120 million Americans currently implanted with toxic mercury dental fillings.